TC-TALUS was proposed by MDOT to the Grand Traverse Area Transportation Task Force in 1990. MDOT believed the Traverse City area would be very near an Urbanized Area designation and felt the area's past growth history justified the organization of a formal transportation study that would examine how real and proposed transportation projects would affect the Traverse Region.

Currently, the Traverse City UZA  is still just short of the MPO qualifying threshold, however it is expected that by the year 2020, the TC-UZA will have a population greater than 50,000 and thus meet the MPO status threshold.  In an effort to more effectively serve the region by focusing on transportation implementation efforts, TC-TALUS redefined and reenergized its role as a transportation planning resource for local communities, transportation agencies, and MDOT in 2015. This includes studying various challenges associated with east/west travel throughout the region by assessing potential new connections and studying access/travel demand management issues along dense corridors such as the Bayshore Corridor (US-31/M-72/M-22), South Airport Rd, and Eight St.

Moreover, new staffing, governance, and membership will better drive and shape the program as it transitions to the forthcoming MPO designation.  Additionally, as a means to further the reinvention of TC-TALUS, it was suggested by the Board to consider a name change. Criteria brought forth included: 1) eliminating “land use” and “study” in name; and 2) a name to better represent the role of the program.  In March 2016, the Board unanimously decided that TC-TALUS would be renamed the Traverse Transportation Coordinating Initiative (TTCI).

TTCI is structured similarly to the other MPOs in the state. This consists of two committees: Policy (or Board of Directors) and Technical. The Policy board is represented by one member each and is responsible for guiding the goals and objectives of the TTCI. The Technical Committee is made up of planners/engineers from the member units of government as well and advises the Policy Board on technical methods, procedures, and standards to be used in developing transportation plans and proposals. 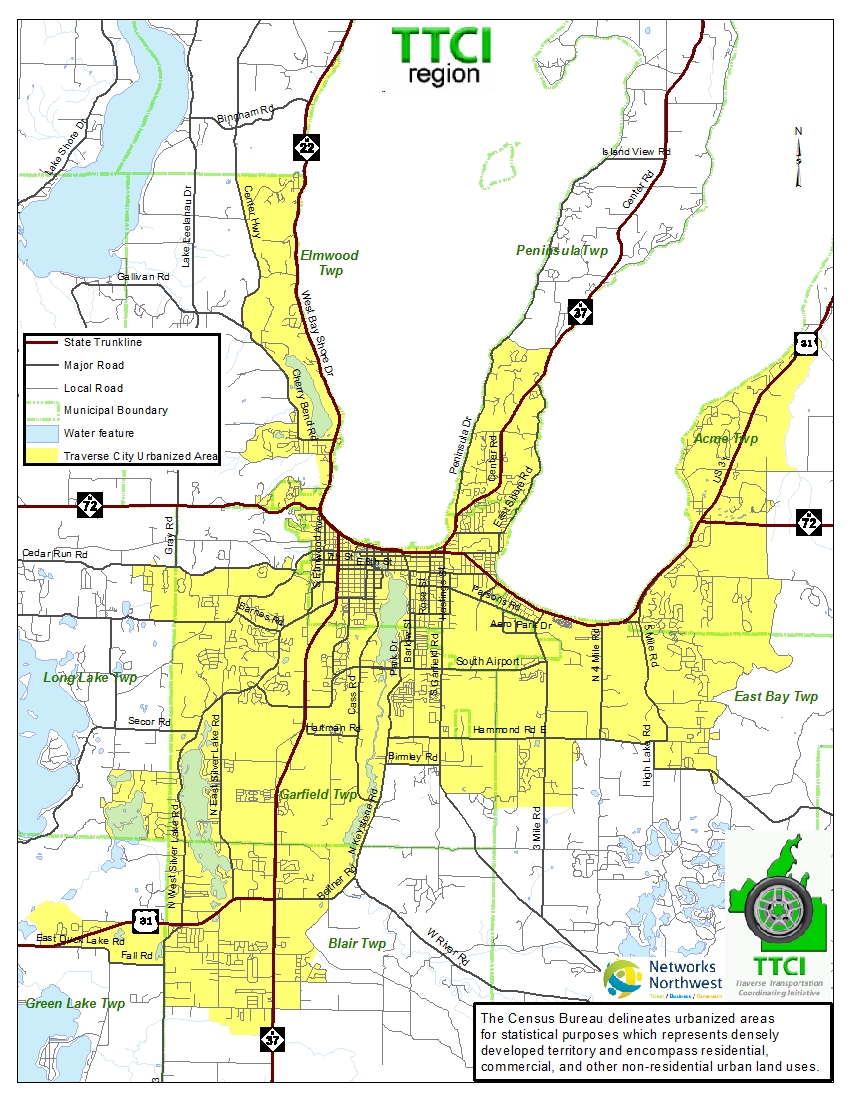