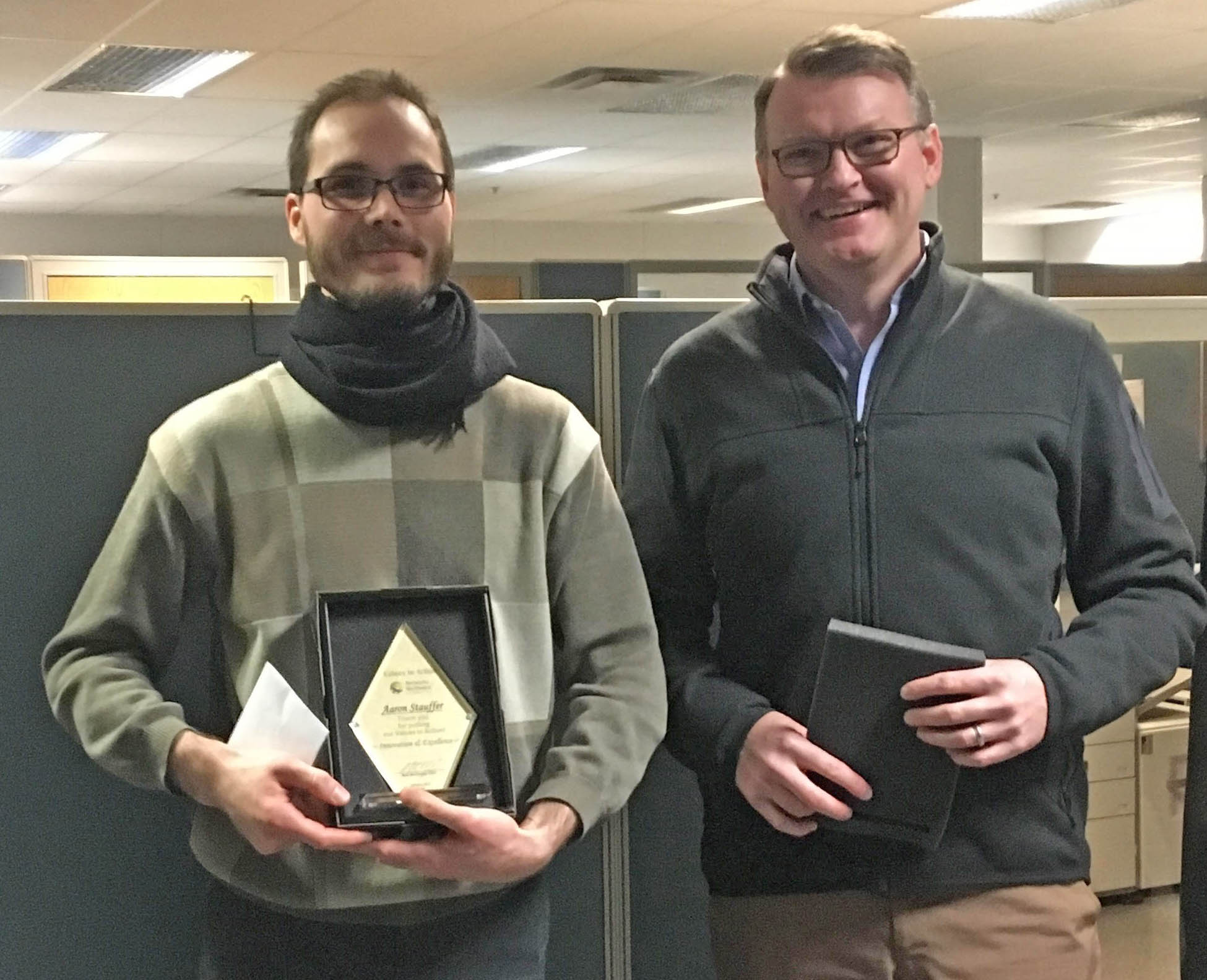 Aaron began his tenure with the agency as a direct case manager, working patiently and tirelessly with customers who were generally not having their best day. Aaron’s inherent kindness shined brightly as he did whatever he could to provide the necessary help for his customers, even if that meant just listening. He often worked outside the box to find solutions to customer issues.

As a case manager, Aaron quickly identified areas that could benefit from improvement. He then considered and developed innovative processes that might yield the desired improved results, and methodically implemented those ideas. If one idea didn’t work, he didn’t become discouraged and quit. Rather, he went on to the next idea, eventually bouncing the most promising solutions off his coworkers. He gathered their feedback, adjusted the new process, and tried again.

Aaron’s natural proclivity for numbers and logic made him a natural selection for his current position as MIS Technician. In his typical fashion, he absorbed all of the information he could, learned established processes and systems, and then began identifying areas that could benefit from increased efficiency. Sometimes those systems were needed to accomplish his own internal work; other times those systems involved providing better information and support for his coworkers. Aaron believes a well supported staff will be able to do their jobs more efficiently and more accurately.

Coworkers say Aaron takes his time to get each task right, asking questions and “drilling down” with a determination that is not common in today’s workforce. He wants to know as much as he can so he can perform his job without error. He knows the value of accuracy and goes to any length necessary to achieve it.

Aaron also exhibits leadership among his peers, who have said Aaron is “a man of profound integrity and entrusting spirit, instrumental in leading our team, dedicated and always striving for excellence,” and “Aaron is a superhero! He leaps piles of paperwork in a single bound. He brings order to chaotic data sets. He wrestles vexing computer problems into submission. He is always ready to assist other team members.” His latest project, in particular, has provided a backdrop for Aaron’s leadership and perseverance. Working tirelessly through a data tool in beta has been a crowning achievement for Aaron.

Most of the work Aaron does is behind the scenes, can be tedious, requires highly detailed work, and is generally devoid of fanfare. Yet, the performance of Northwest Michigan Works’ programs depends, in large part, on the quality of his work. He ensures that all of the little details pertaining to compliance are in order, and always does them with a smile on his face. Coworkers say they’ve never heard him complain about any task, and actually often hear him express great gratitude for his position and the nature of his work. Mention Aaron’s name and his coworkers will smile and say something positive about him. He is a valued member of our team, especially because of his commitment to excellence and innovation.

Networks Northwest spotlights employees on a quarterly basis who exemplify the organization’s Core Values of excellence, integrity, empowerment, innovation, optimism, collaboration, and/or celebration. Networks Northwest also presents an annual Standing Ovation Award to the staff member who represents many, if not all those core values, day in and day out.