Grants available through the Northwest Michigan Council of Governments give local units of government in four northwest lower Michigan counties an opportunity to support their communities' Placemaking goals. The Placemaking Micro-Grants program awards grants of up to $1,500, available on a competitive basis to city, village, township, and county governments within Charlevoix, Emmet, Manistee, and Missaukee Counties.

“The goal for these Placemaking Micro-Grants is to assist local efforts to enhance their communities' public spaces and to begin to implement them,” said Matt McCauley, NWMCOG director of regional planning and community development. “Often it is the small ideas that grow from the community that create interesting usable public places.”

Recipients of the 2012 Placemaking Micro-Grants:

The City of Boyne City was awarded $1,500 to help install bicycle racks designed as functional public art in eight locations around downtown Boyne City. The functional public will provide destinations for bicyclists, as well as becoming landmarks to enhance the downtown.

The City of Petoskey was awarded $1,500 to assist wayfinding efforts for the Bear River Valley Recreation Area. The wayfinding project will consisting of mapping and brochures, kiosk construction, signage, and a cell phone interpretive tour of the River Valley.

The City of Manistee Downtown Development Association was awarded $1,500 to assist with a signage and wayfinding project for the US31 and River Street Intersection. The goal for the project is to draw the attention of passing motorist on US31 to the historic commercial district.

The City of Lake City Downtown Development Association was awarded $1,500 to assist a wayfinding effort for the new permanent city dock. The signage will help to direct people using the dock facility to the downtown commercial district and associated businesses. 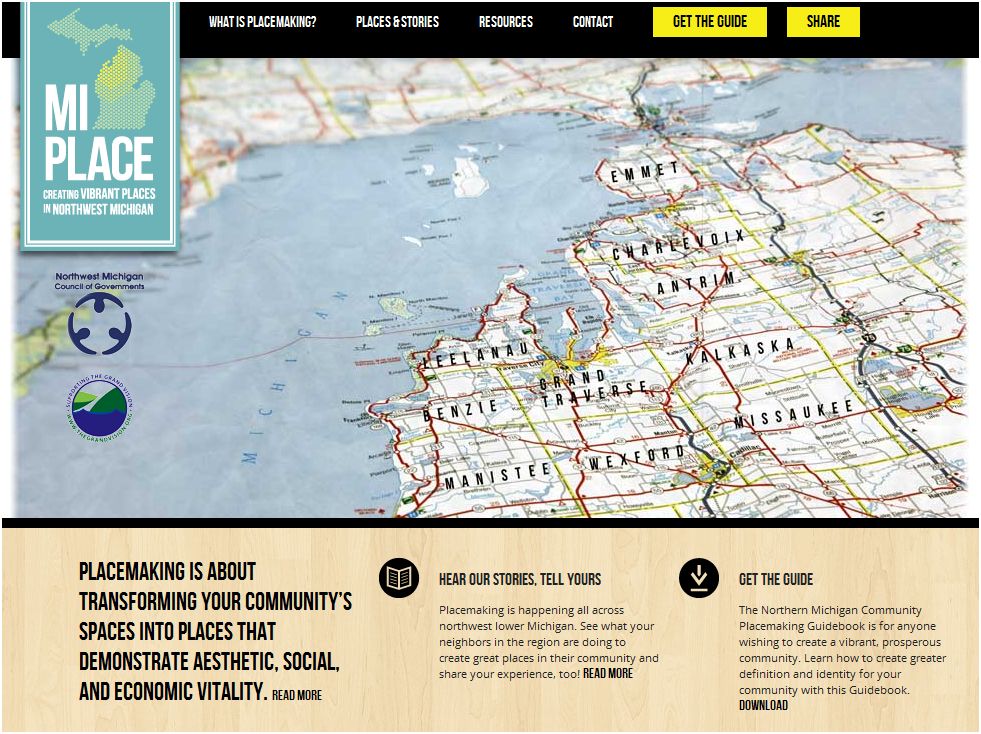 Placemaking is a community-based approach to the planning, design and management of spaces that have local and regional importance. It involves the discovery and implementation of practices that make our communities distinctive, economically viable, accessible, and visually pleasing. Placemaking capitalizes on a local community's assets, inspiration and potential, creating good public spaces that promote people's health, happiness, and economic well-being.

The Placemaking Micro-Grants program is provided and administered by the Northwest Michigan Council of Governments. Additional information on Placemaking is available at the website CreateMiPlace.org.