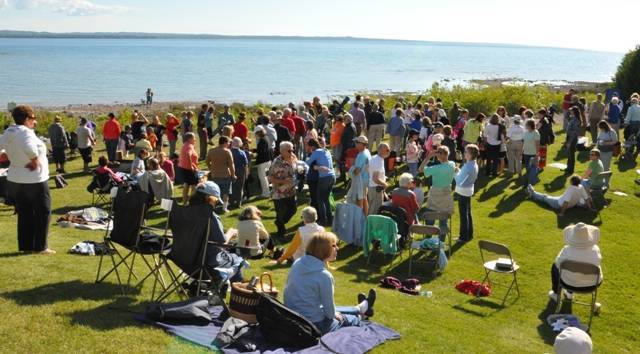 Just in time for the last new moon of the Spring season (at 11 a.m. on June 19, 2012) and before the still-point of summer with solstice (on June 20 at 7:07 p.m.), Mary Stewart Adams, program director of the Headlands International Dark Sky Park shared the news that Michigan has just earned itself another star in the firmament! How so? Last week, the State Legislature passed HB 5414, the "Dark Sky Coast" bill, protecting the night sky over nearly 23,000 contiguous acres of state park and state forest land in Emmet County near the internationally-designated Headlands Dark Sky Park (and also including state land in Lake Hudson and Port Crescent, Michigan).

The bill was sponsored by District 107 State Rep Frank Foster and is headed to the Governor for signature.

When Emmet County achieved International Dark Sky Park status for the Headlands in May 2011, the park became only the sixth of its kind in the country, and only the ninth in the world. With this further sanction by the State, Michigan will now enjoy a leadership opportunity in setting the standard for advocacy on behalf of dark wildernesses everywhere and on everything such an environment supports: energy savings; cost savings; migratory birds; human circadian rhythms; education; and more. 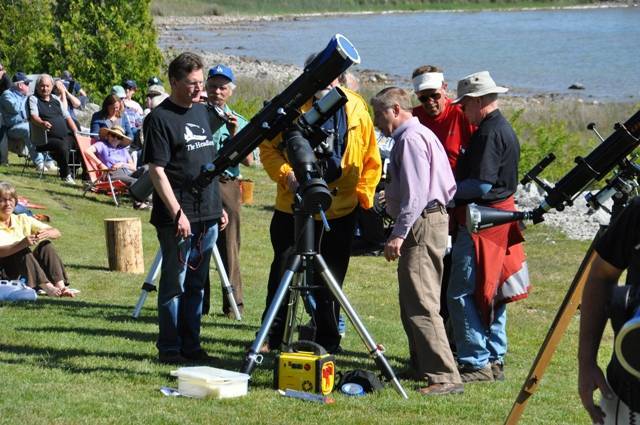 Further, the economic development factor is already being witnessed in amazing events such as the Venus Transit gala Emmet County hosted on June 5, 2012, where the Headlands International Dark Sky Park hosted over 750 enthusiasts from around the Midwest for this rare and wonderful celestial phenomenon.

Adams thanks those for the role in promoting the dark skies over Michigan, and for spreading the starshine far and wide.

In photo (top), more than 700 turnout for the Transit of Venus event on June 5, 2012. Members of the Northern Michigan Astronomy Club and other amateur astronomers set up their telescopes, offering the public a rare chance to get an upclose look at the Transit (right).