College Student Gets Back on Track With Help From Northwest Michigan Works! and MILEAP

Falechia Barry’s path to the Freshwater Studies program at Northwestern Michigan College (NMC) in Traverse City did not follow a straight line. Severe dyslexia made school a struggle and she dropped out when 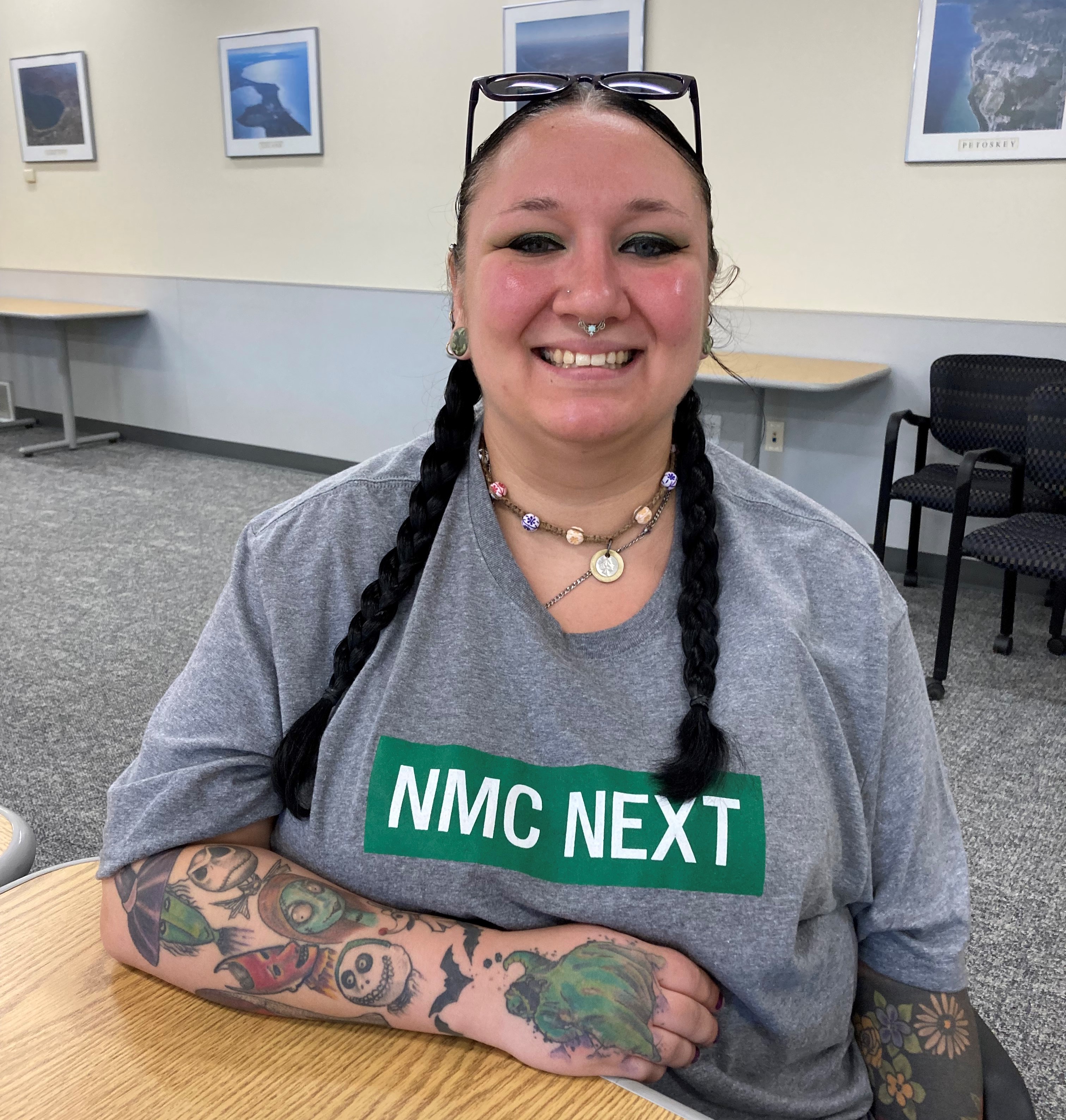 she was just 14-years old. That led to string of low paying jobs, homelessness, and drug abuse.

When she was 25, Falechia made some big changes in her life by earning her GED and enrolling at NMC. But not long after starting college serious health issues forced her to miss some semesters. Falechia lost her financial aid and fell behind on her bills. That’s when her college advisor referred her to Northwest Michigan Works! in Traverse City. The staff there was able to provide financial assistance through the Michigan Learning and Education Advancement Program (MiLEAP).

“Maureen was able to not only cover part of my tuition, but pay for the things I needed to get started again. School supplies, clothing, shoes,” said Falechia. “She helped me get a new printer because my printer stopped working. Then my computer stopped working. She helped me get a new computer. That was very helpful, because that was a standstill in my life. I didn’t know what to do. I thought I was going to have to give up college for good at that point.”

The assistance from Northwest Michigan Works! and MiLEAP helped Falechia get back on track. She kept a four point grade average for a year, has been on the Dean’s List four times, was inducted into the National Honor Society and Phi Theta Kappa International Honor Society, studied abroad in Columbia, does GIS tutoring, and also finds time for her job collecting data related to a planned project on the Boardman River in Traverse City. Falehcia doesn’t think her accomplishments would have been possible without Michigan Works! and MiLEAP.

“I think I would have had to completely give up because of the amount of debt I was already in due to student loans and not being able to afford tuition again. It just wouldn’t have been an option for me,” said Falechia. “Living day to day life would have been more important. I would have had to just tough it out, go back to working multiple jobs and deal with life. But they made it possible to where I could concentrate on my school and do what I needed to get where I am today. And that’s absolutely amazing. I don’t know what I would have done without them.”

Watch the video below to hear what Falechia has to say about Northwest Michigan Works! and MiLEAP.