Cadillac Company Selected as Michigan's Government Contractor of the Year 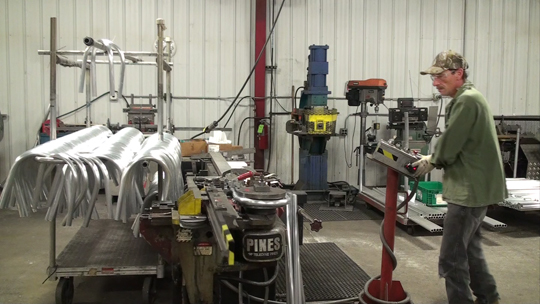 B&P Manufacturing has been selected as Michigan's Government Contractor of the Year and will receive the award at the Michigan Celebrates Small Business event May 3 in Lansing. B&P was nominated by the Northwest Michigan Procurement Technical Assistance Center (PTAC) and was one of 11 businesses in the running for the statewide award.

“B&P Manufacturing is a true PTAC success story and a success story for northern Michigan businesses," said Anne Helbig, PTAC program director. "They've been awarded nearly $30 million in government contracts, have added 10 new employees since 2009, and may add more employees in the near future." 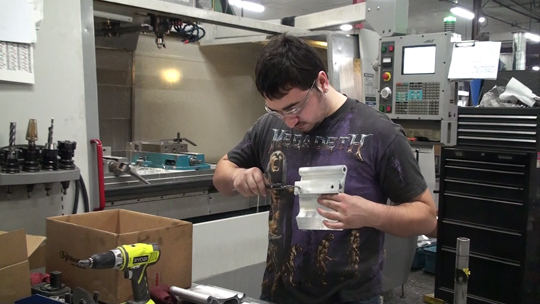 B&P Manufacturing is an aluminum fabrication company known for its high quality material handling equipment. In recent years the company has also been making aluminum containers for the U.S. military. B&P's efforts to land more and larger government contracts have received a boost from PTAC.

“As a small northern Michigan business, B&P Manufacturing is both honored and pleased to be named as Michigan’s Government Contractor of the Year for 2012. The Northwest Michigan PTAC has provided assistance in our pursuit of Government contracts and we continue to work with them as we look for new opportunities in the future,” said Lia Krantz Lipar, B&P Manufacturing's director of military sales & contracts.

The Michigan Celebrates Small Business (MCSB) event is an annual awards program created by five founding organizations to recognize the importance of successful small businesses across the state. MCSB honors those businesses and their supporters who greatly contribute to the overall growth of Michigan's economy.