What is Natural Hazard Mitigation? 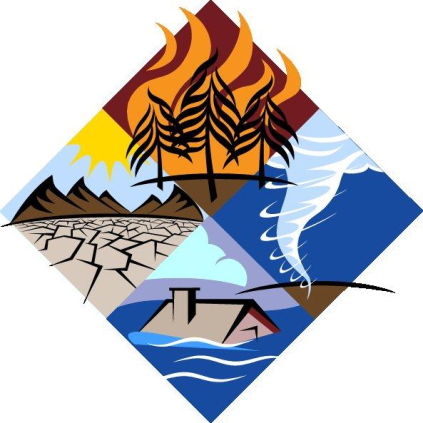 Natural hazard mitigation is defined as any action taken before, during or after a disaster or emergency to eliminate or reduce the long-term risk to human life and property from natural hazards. It is an essential element of emergency management, along with preparedness, response and recovery. When successful, mitigation will lessen the need for a community to respond to succeeding natural hazard events; that is, incidents will remain incidents and not become disasters.

The implementation of natural hazard mitigation measures is a local government function, since that is the level at which development occurs, and most of the land use / development tools available to implement mitigation measures are applied at the local level.  Therefore, successful implementation of a program to reduce or eliminate the negative consequences of Michigan’s natural hazards will, out of necessity, be a joint cooperative effort between the State, local governments, and the private sector (since most land development is undertaken by private entities).

Creating and updating hazard mitigation plan every five (5) years follows a defined process of identifying hazards within the community, analyzing the risks posed by those hazards, establishing priorities for addressing those risks, and choosing specific actions that will mitigate those risks. Under the Disaster Mitigation Act (DMA) of 2000, which amended the Robert T. Stafford Disaster Relief and Emergency Assistance Act of 1988, state and local governments are required to adopt a state or local hazard mitigation plan (LHMP) approved by FEMA in order to qualify for federal hazard mitigation project grants.  Examples of non-emergency disaster assistance projects that may be funded range from flood suppression structures to drainage improvements to security and monitoring systems.

FEMA invests millions annually in hazard mitigation programs to improve safety, security, and economic prosperity.  With the general belief that mitigation saves money but with limited hard evidence as to the magnitude of the long-term benefits, Congress mandated that FEMA commission an independent study to ensure that its investments are paying off. The most recent study, Natural Hazard Mitigation Saves: 2019 Report, was prepared by the Multihazard Mitigation Council of the National Institute of Building Sciences (NIBS).  The results are impressive and overwhelmingly demonstrate that hazard mitigation is worth the investment, finding that on average, society saves $6 in future disaster costs for every $1 invested in federally funded mitigation grants.

The most recent plans adopted for Northwest Michigan were five-year updates completed in 2015 and 2016. Links to the plans can be found here:

In 2021, Networks Northwest has been awarded two FY 2019 Pre-Disaster Mitigation Grants from the Federal Emergency Management Agency (FEMA). The first award is for the update of one tribal plan (for the Grand Traverse Band of Ottawa and Chippewa Indians) and seven county plans (for Antrim, Benzie, Kalkaska, Leelanau, Manistee, Missaukee, and Wexford counties). The second award is for the creation of a new tribal plan for the Little River Band of Ottawa Indians.

In 2022, Networks Northwest was awarded a FY 2020 Building Resilient Infrastructure and Communities (BRIC) Grant from FEMA to complete updates of natural hazard mitigation plans for Charlevoix and Emmet Counties.

During the planning project period (through 2023 and 2024), Networks Northwest will work in partnership with each agency to prepare a total of eleven (11) natural hazard mitigation plans.

Click on the following links on the right-hand side of this page to learn more about each community's new plan. Residents and stakeholders are encouraged to attend public engagement events that will be held to collect feedback and provide direction for the plans.