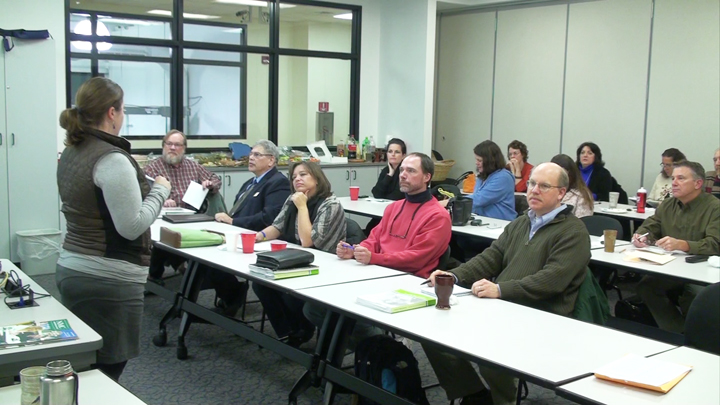 Amy Jo Prater would like to open a brewery in Cadillac. Bill O'Toole is considering starting a pack and ship store in Traverse City. Brigett Schmidt and Chris Dewald would like to expand their Alden based canvas business. Each of them and about 15 other people were interested in learning more about starting and running a small business. That's why they took the Venture Plan business training program offered by the Northwest Michigan Small Business and Technology Development Center.

"I didn't know what I was going to need to know about rules, laws, and regulations," said Prater. "I thought this class would get me on the right track to find those answers."

"The key thing I was looking for was a road map to follow," said O'Toole. "This gave me a systematic approach to analyze the business to see if this was something for me."

The class met for three hours, once a week for ten weeks. The training helped the students evaluate the feasibility of their business concept and develop a business plan.

"The nice thing about this class was it kind of captured everything for me," said O'Toole. It probably sped things up considerably by kind of like one stop shopping." 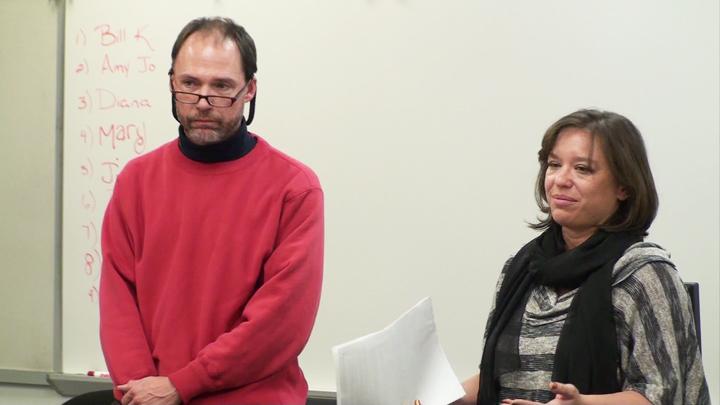 "This class was able to take our thoughts, which were all jumbled up, and sort them out and put them in order so we can take it from that point," said Dewald.

"It really helped put a lot of structure to where we want to take our future," said Schmidt.

"Every guest speaker I've walked away with pages of notes and information about their mistakes," said Prater. "They want to share their mistakes so not everybody has to do the same thing."

By the time the Venture Plan training was completed, students in the class had successfully launched seven businesses and expanded another one. Four more students were slated to launch or open their new ventures within two to three months of completing the class.

The Northwest Michigan Small Business and Technology Development Center has plans for more training opportunities for business people in 2013.