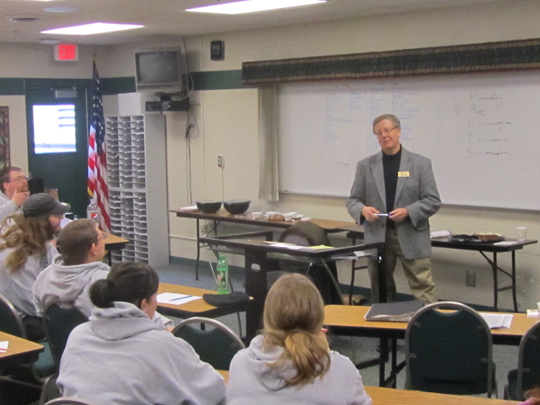 YouthBuild Northwest students had the opportunity to hear former District Judge Tom Gilbert talk about how his life was impacted by alcohol and marijuana use. While he was a judge, Gilbert's name was in the headlines after he was seen smoking marijuana at a concert. He ended up going through treatment and is now a recovering alcoholic and chemical dependency counselor. His presentation to the YouthBuild students was part of their substance abuse prevention education.

"When you speak from the heart the message gets listened to," said Gilbert. "I have heard over and over that you get it Tom, you get it because you've been there." 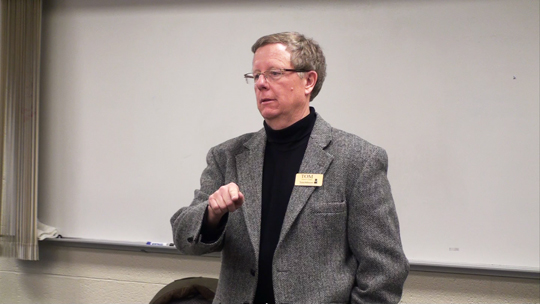 "The fact that we're dealing with addiction on a daily basis, that it's chronic, non-curable, never gets better by itself, characterized by relapse and denial, that message just doesn't get talked about," said Gilbert.

YouthBuild leaders say it's important for the students to hear what Gilbert has to say.

"For those people who have a substance abuse issue or are headed in that direction, if they don't overcome it now all the other things we're going to work on really are going to be for naught," said Kim Gribi, YouthBuild Northwest manager. 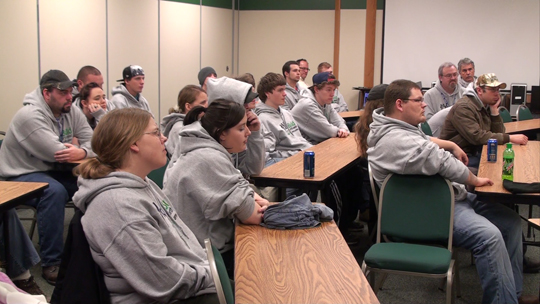 "I think the message he's portraying to us is very helpful," said Mike VanNatter, a YouthBuild student.

It's nice to know that he wants to reach back to the community and he's trying to make up for his mistakes," said Alan Boda, a YouthBuild student.

"I'm happy to be a face and voice of recovery," said Gilbert. "I'm happy to use my story if it will help somebody else."