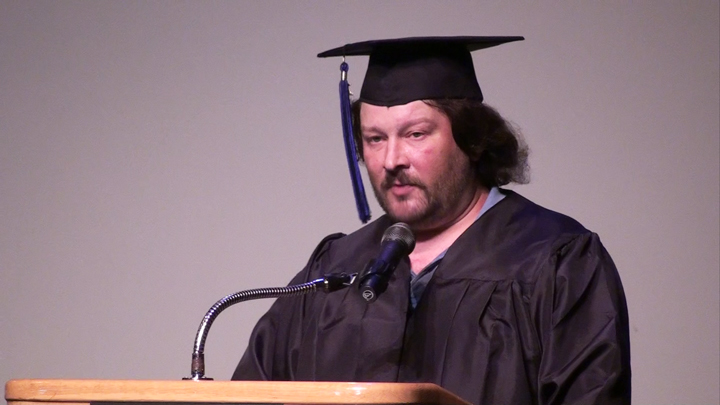 Steven Sumrall dropped out of high school when he was 16, so he probably never expected to be the student speaker at a graduation ceremony. But he had a chance to do just that as a member of the Traverse Bay Area Intermediate School District Adult Education Class of 2012. Sumrall earned his GED through the Northwest Michigan Works! Traverse City Learning Lab 25 years after he should have graduated from high school.

"I never could find the time or the right reasons to go back and get my GED," said Sumrall. However, now as a parent I realize the importance of a good education not only for myself but more importantly for my children."

Sumrall was one of 84 adult students who received a GED or high school diploma.

Amanda Perry earned her diploma through the high school completion program at the TBA Career-Tech Center and is already enrolled at Baker College. 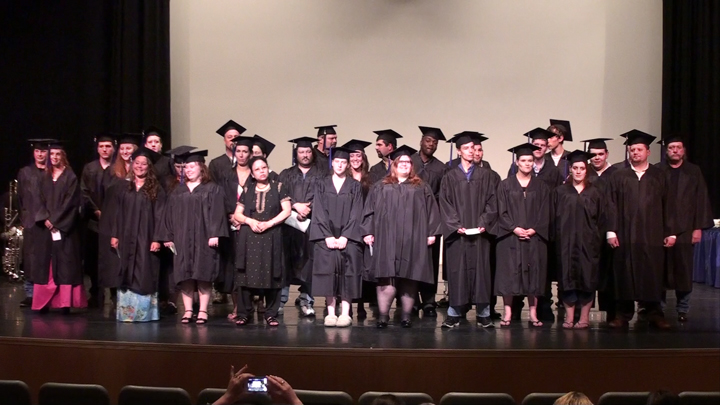 "I knew that I could do better than a GED, that I had it in me to [earn] the diploma" said Perry. "It took a while but here I am."

Katherine Ritchey earned her diploma through the high school completion program while she was dual enrolled at Northwestern Michigan College where she's working on a nursing degree.

"I can actually finally go ahead and say I got it and I don't have to say I got a GED, I actually got my diploma," said Ritchey. "I'm just excited."

Sumrall, Perry and Ritchey each say they are grateful for the help they received from the Adult Education program.

"I so appreciate the whole, entire program, it's amazing," said Perry.

"It helped a lot going to both places," said Ritchey. "I got placements and figured out what I need to do at the Learning Lab, then I went to TBA at night."

"The Learning Lab helped me tremendously," said Sumrall. "They were awesome. I probably couldn't have done it without them."